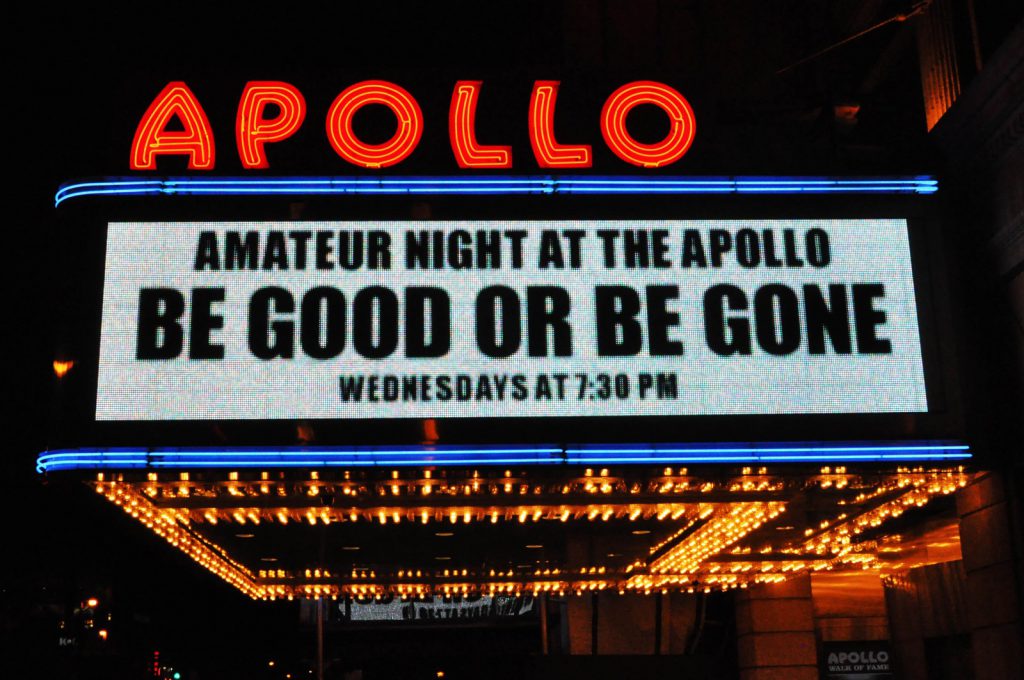 One of the questions I get a lot when someone finds out I’m a comedian is, “Have you ever gotten booed?” The answer is yes.  Nothing will clear you sinuses like a good booing.  And after it happens, you either quit or become fearless.  But thankfully all of my booings have been in small comedy clubs and they happened before camera phones.  The only thing worse than a private booing is a televised one.  Which brings me to Amateur Night at the Apollo.

Some of you may be too young to remember the original “Showtime At The Apollo” but every show had a segment called Amateur Night where the crowd would boo you off stage if you did not represent.  Which got me thinking, is there anything you can’t boo?  I believe yes.  Below are four things I’ve come up with that you cannot Boo:

In conclusion, if they bring Showtime at the Apollo back and you find yourself a contestant on Amateur Night or you enter any black competition where they you could potentially get booed, and want to be a ‘boo proof act’ — I recommend you be a black woman who tap dances to gospel music while dedicating this performance to your kid.

Good luck out there.